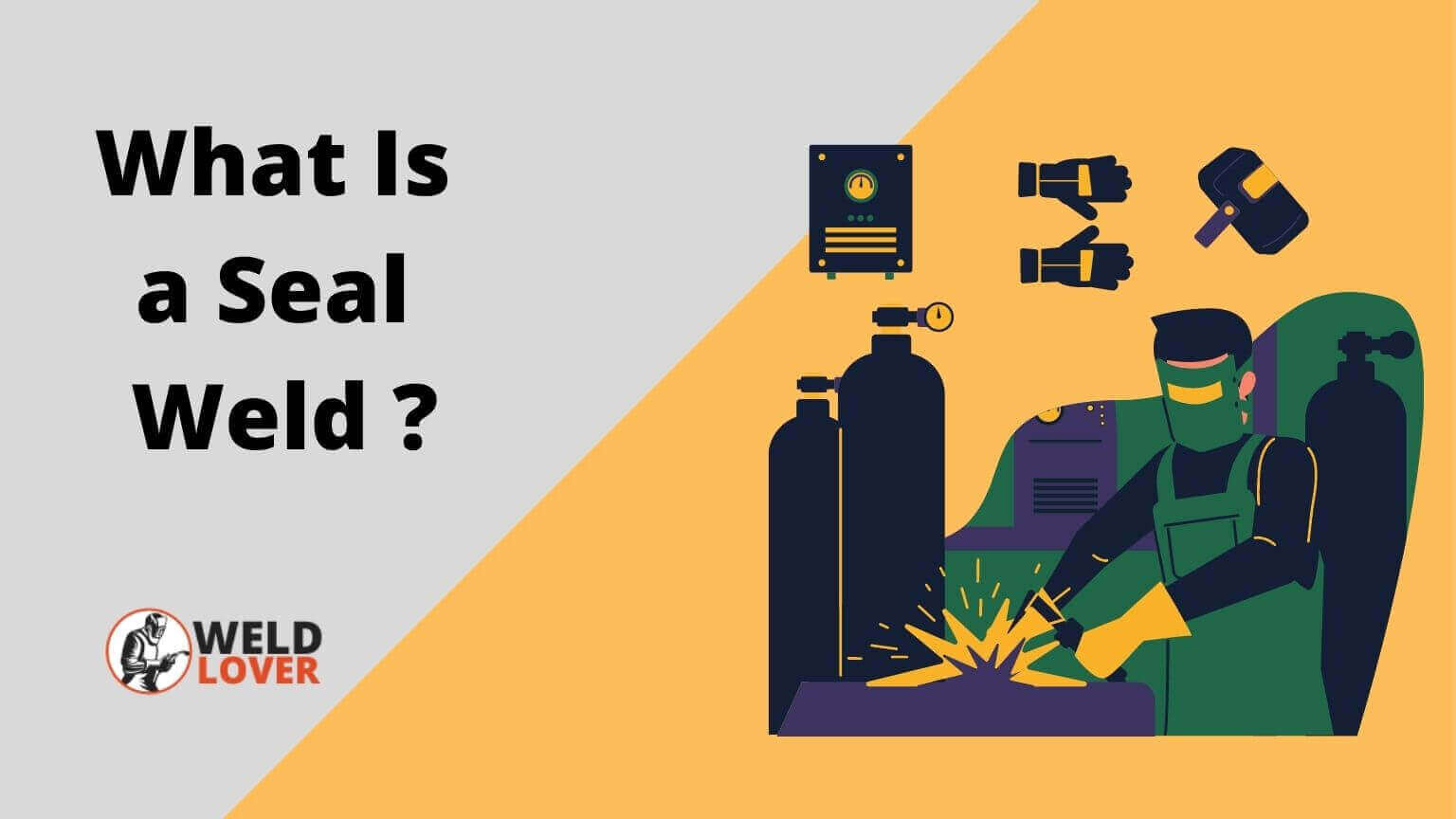 Seal welds do not have direct application in structure building, but in spite of that, they are of great importance. You can not create sturdy structures without producing top-notch seal welds. If you are completely new to welding, then maybe you do not have an idea of what is a seal weld.

The main objective of seal weld is to get resilience against the outflows as they stop the fluids, either liquids or gases, from getting into the cavity. Moreover, it is easier to clean seal welds as compared to exposed joints. Proceed on to learn more about seal welding.

Why are seal welds needed?

Seal welds are very important to structural or mechanical works as these welds prevent the leakages of fluids as they cause corrosion. But in the above-mentioned applications, the seal welds avoid the contamination of moisture and oxy-laden, which results in deteriorating, eroding, and much more harm.

In addition, the base metal on which you have to apply galvanization technique must be seal welded in order to restrain the discharge of acids and molten zinc. Seal welds are also very handy on those occasions where cleaning them is easier than exposed joints. It is fine example is food processing machines.

For these applications, you can now realize that seal welds are not to give strength to the structures rather than that they are to prevent leakages. That’s why you have to mention a warning wherever you employ seal welds in most of the cases, applications where seal welds are used clash with the code requirements.

In some cases, the seal welds work to provide strength to the structures, which leads to unnecessary load paths. Besides that, the seal welds can affect the integrity of inspections, especially ultrasonic inspection findings. It is better for the welders to deal with seal welds manually, but it also has problems.

What are the code conflicts in seal welds?

The formal analysis is that blueprints that define seal welds can not be satisfied unless the American Welding Society D1.1-9.8, section 2.4.7.5, is overstepped. Moreover, the welding code clause in this question needs weld interims on the contrary side in a single play. In that case, you should interrupt the weld from the sides.

This prerequisite is essential as producing continual welds in those conditions is extremely hard. Similarly, if the number of these welds is larger, then there will be undercutting corners. Other than that, various American Welding Society codes are to be violated in the process.

What are the inspection issues with seal welds?

Seal welds left behind steel backing after they establish the confounded problems are easily solvable. Moreover, the seal welds are also liable to be extreme for an alternative soundtrack. Let’s say those are cases where a JPC groove welds around the steel back and has to be examined by ultrasonic.

What are the galvanization issues?

© 2021 by weldlover.com is a participant in the Amazon Services LLC Associates Program, an affiliate advertising program designed to provide a means for sites to earn advertising fees by advertising & linking to Amazon properties including, but not limited to, amazon.com